KICK INTERNATIONAL® (aka KICK) has been a recognized sanctioning body since 1981 serving our sports.

It was KICKBOXING’s Golden Age sanctioning events across the country from Las Vegas to New York, Chicago to New Orleans and well represented in Florida with great events and champions. KICK World Champions; such as, Don “the Dragon” Wilson, known to all as the greatest Kickboxer ever (later to star in over 28 movies), James Warring, later to become the International Boxing Federations Cruiserweight World Champion and in the Guinness Book of World Records, Thaddeus Pryor, now directing and producing film in Hollywood, Steve Shepherd three-time KICK Champion and well known promoter, and Richard Allen Hill, now a practicing Physician in sports medicine, to name a few.

It was the four above who took on the first Superpowers fight in West Palm Beach, sanctioned by KICK and televised around the world. The Soviet team went down in defeat including Vitali Klitchko, later to become World Heavyweight Boxing Champion, who was beaten by James Warring. Steve Shepherd was the promoter for the sellout.

As KICK promoters there were monthly shows in Cocoa Beach by Don Wilson in the 80’s and the same by James Warring in Miami in the 90’s. Also, One of the largest and most prominent events ever held in Kickboxing took place at the Orlando Convention Center when Don Wilson fought the undefeated Branimar Cikatc from Yugoslavia in 1984. Heavily favored to lose, Wilson broke both hands before knocking out Branko. Jhoon Rhee, Chris Penn, Steve Lee, Chuck Norris and other stars were in the well attended televised event.  Hector Gomez, now one of the more popular mixed martial art judges in Florida also fought that night. The following June, KICK sanctioned another star-studded televised show where again, Wilson, Warring and Florida’s legendary Chris Anderson defended their titles.

After the fall of the Soviet Empire, KICK took the show to Moscow where the largest attended Kickboxing event ever took place (35,000 spectators)and Richard Hill (now Dr.), defended his title with dignitaries from around the world in attendance, including Chuck Norris as KICK”s Ambassador.

Today as the sport develops and expands into: multiple styles of kickboxing, and Mixed Martial Arts; KICK sanctioned events throughout North America and represents the finest athletes in competitive combat sports with a long-standing history than any other organization in existence.  KICK has always kept safety first in it’s sanctioning while at the same time teaming up with Charities; such as the Military forces, Fireman’s’ Fund, the Police Athletic League and others to grow the sport while advancing charitable causes.

KICK has always set out to differentiate itself with outstanding officials, medical staffing directed by three outstand Doctors who have served with the USOC and have written our proprietary medical service manuals for competitive combative sports. KICK has created a set of rules to specifically differentiate amateurs coming up and professionals who have dedicated their training to a career, whereas other organizations, for the most part, have followed professional rules. KICK is a sanctioning body and does not promote events, unlike other organizations which promote their own events.

THANKS TO OUR SPONSORS 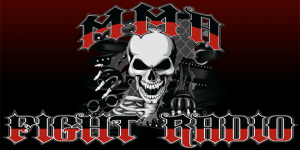